The Wearing of the Green

The tradition of wearing Shamrock to celebrate Saint Patrick seems to date from the seventeenth or eighteenth century. This was a very turbulent time in Irish history. The suppression of the Gaelic way of life by the ruling British invaders resulted in many aspects of the Catholic religion in Ireland being forced underground. Strict laws were enforced which prevented the Catholic population from attending schools so ‘hedge-schools’ were operated in secret. 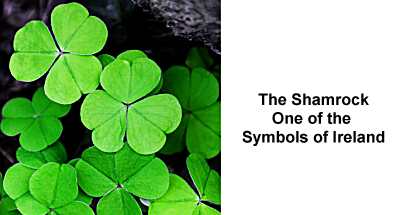 These were schools run outdoors in secluded places (sometimes literally ‘under a hedge!). The teaching of religion was also forbidden so it is only to be expected that teachers would use naturally available resources to inform their pupils. Thus the Shamrock plant was used to illustrate the message of the Christian Holy Trinity.

Saint Patrick’s Day is unique in that it is celebrated worldwide. It is most unusual that a country has such an international celebration and is really evidence of the generational effects of emigration that has afflicted Ireland for centuries. After the 1845 to 1849 Irish Famine emigration soared with as many as a million native Irish leaving their homes in the decades after the famine to settle in places like Boston, New York, Newfoundland, Perth, Sydney and beyond. The US Census Bureau now reports that 34 Million US Citizens claim Irish descent. Most emigrants like to commemorate their heritage and thus the Saint Patrick’s Day Parade came into being. 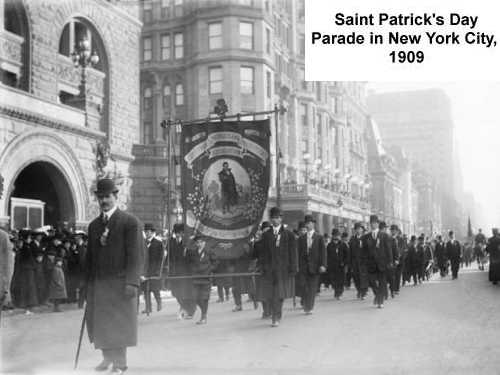 The earliest record of a Saint Patrick’s Day Parade was in the year 1762 when Irish soldiers serving in the British Army held a Parade in New York City. Earlier records suggest that the day was celebrated by the Irish in Ireland as early as the ninth and tenth centuries.

Again, this was a very difficult time in Irish history with Viking raiders terrorizing the native Gaelic population. It is thus no surprise then that in times of strife the local population would turn to religion and to a commemoration of their own heritage and individuality – a practice that has been repeated by populations of troubled places since the dawn of time. The New York Parade is now the longest running civilian Parade in the world with as many as three Million spectators watching the Parade of over 150,000 participants. 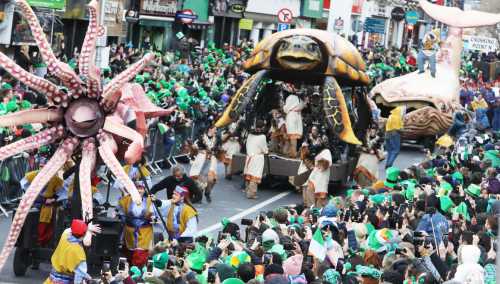 The first official Parade in Ireland was in 1931. The 1901 law that copper-fastened March 17th as an Irish national holiday was later amended to insist that public houses close down on the day. This restriction was later lifted in the 1970’s. In the mid 1990’s the Irish Government really started to promote the event when it changed from a single day’s Parade into a 5-day festival attracting as many as a million visitors into the country. Parades are now held in just about every major city in the world with the biggest in several US cities reaching epic proportions.

Greening of Rivers and Buildings

A Pint of Plain

The Irish association with drinking is well known and not always positive. Fortunately there are plenty of examples of the appropriate use of alcohol and Saint Patrick’s Day is one of them. It is a widely held tradition in Ireland that beer or whiskey can be taken on Saint Patrick’s Day although native Irish pub-goers can only look on aghast as visitors top the heads of their creamy pint of Guinness with a green Shamrock. Sacrilege! It is estimated that as many as 13 Million pints of Guinness are consumed on Saint Patrick’s Day, up from the usual 5.5 Million per day! 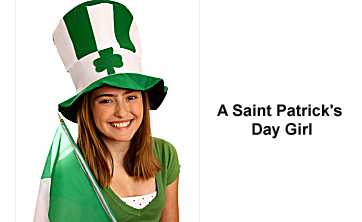 The tradition of dressing up in Irish outfits is not just confined to participants in Parades. Jovial creatures of Irish origin the world over use the opportunity of Saint Patrick’s Day to dress up as Leprechaun or even as Saint Patrick himself. Kids love to wear the big green, white and orange hats and receive sweets thrown to them by similarly clad operators of the various Parade floats.