Who Were The Black Irish?

Who Were the Black Irish?

The term 'Black Irish' has commonly been in circulation among Irish emigrants and their descendants for centuries. As a subject of historical discussion the subject is almost never referred to in Ireland. There are a number of different claims as to the origin of the term, none of which are possible to prove or disprove. 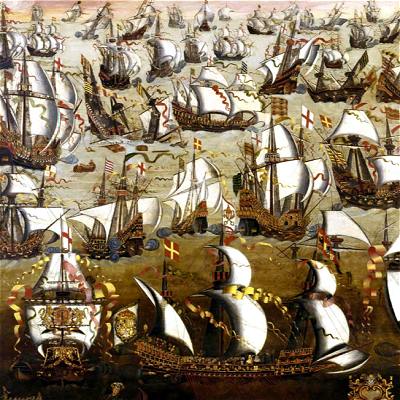 'Black Irish' is often a description of people of Irish origin who had dark features, black hair, dark complexion and eyes.

A quick review of Irish history reveals that the island was subject to a number of influxes of foreign people. The Celts arrived on the island about the year 500 B.C. Whether or not this was an actual invasion or rather a more gradual migration and assimilation of their culture by the natives is open to conjecture, but there is sufficient evidence to suggest that this later explanation is more likely. The next great influx came from Northern Europe with Viking raids occurring as early as 795 A.D. The defeat of the Vikings at the Battle of Clontarf in the year 1014 by Brian Boru marked the end of the struggle with the invaders and saw the subsequent integration of the Vikings into Irish society. The migrants became 'Gaelicized' and formed septs (a kind of clan) along Gaelic lines.

The Norman invasions of 1170 and 1172 led by Strongbow saw yet another wave of immigrants settle in the country, many of whom fiercely resisted English dominance of the island in the centuries that followed. The Plantation of Ulster in the seventeenth century saw the arrival of English and Scottish colonists in Ulster after the 'Flight of the Earls'.

Each of these immigrant groups had their own physical characteristics and all, with the exception of the Ulster Planters, assimilated to some degree into Irish society, many claiming to be 'more Irish than the Irish themselves!' 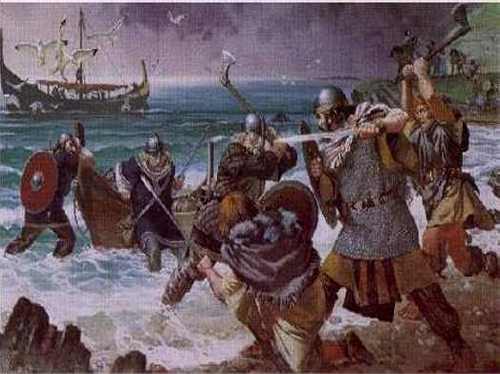 The Vikings were often referred to as the 'dark invaders' or 'black foreigners'. The Gaelic word for foreigner is 'gall' and for black (or dark) is 'dubh'. Many of the invaders families took Gaelic names that utilised these two descriptive words. The name Doyle is in Irish 'O'Dubhghaill' which literally means 'dark foreigner' which reveals their heritage as an invading force with dark intentions. The name Gallagher is 'O Gallchobhair' which translates as 'foreign help'. The traditional image of Vikings is of pale-skinned blond-haired invaders but their description as 'dark foreigners' may lead us to conclude that their memory in folklore does not just depend on their physical description.

The Normans were invited into Ireland by Dermot McMurrough and were led by the famous Strongbow. Normans are ultimately of French origin where black haired people are not uncommon. As with the Vikings these were viewed as a people of 'dark intentions' who ultimately colonised much of the Eastern part of the country and several larger towns. Many families however integrated into Gaelic society and changed their Norman name to Gaelic and then Anglo equivalents: the Powers, Fitzgeralds, Devereuxs, Redmonds.

It is possible that the term 'Black Irish' may have referred to some of these immigrant groups as a way of distinguishing them from the 'Gaels', the people of ultimately Celtic origin.

Another theory of the origin of the term 'Black Irish' is that these people were descendants of Spanish traders who settled in Ireland and even descendants of the few Spanish sailors who were washed up on the west coast of Ireland after the disaster that was the 'Spanish Armada' of 1588. It is claimed that the Spanish married into Irish society and created a new class of Irish who were immediately recognisable by their dark hair and complexion. There is little evidence to support this theory and it is unlikely that any significant number of Spanish soldiers would have survived long in the war-torn place that was sixteenth century Ireland. It is striking though how this tale is very similar to the ancient Irish legend of the Milesians who settled in Ireland having travelled from Spain.

The theory that the 'Black Irish' are descendants of any small foreign group that integrated with the Irish and survived, is unlikely. It seems more likely that 'Black Irish' is a descriptive term rather than an inherited characteristic that has been applied to various categories of Irish people over the centuries. 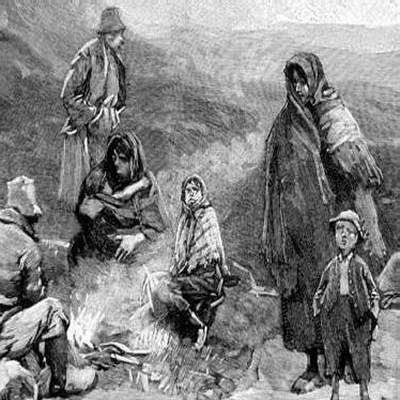 One such example is that of the hundreds of thousands of Irish peasants who emigrated to America after the Great Famine of 1845 to 1849. 1847 was known as 'black 47'. The potato blight which destroyed the main source of sustenance turned the vital food black. It is possible that the arrival of large numbers of Irish after the famine into America, Canada, Australia and beyond resulted in their being labelled as 'black' in that they escaped from this new kind of black death.

Immigrant groups throughout history have generally been treated poorly by the indigenous population (or by those who simply settled first). Derogatory names for immigrant groups are legion and in the case of those who left Ireland include 'Shanty Irish' and almost certainly 'Black Irish'. It is also possible that within the various Irish cultures that became established in America that there was a pecking order, a class system that saw some of their countrymen labelled as 'black'.

The term 'Black Irish' has also been applied to the descendants of Irish emigrants who settled in the West Indies. It was used in Ireland by Catholics in Ulster Province as a derogatory term to describe the Protestant Planters.

While it at various stages was almost certainly used as an insult, the term 'Black Irish' has emerged in recent times as a virtual badge of honour among some descendants of immigrants. It is unlikely that the exact origin of the term will ever be known and it is also likely that it has had a number of different creations depending on the historical context. It remains therefore a descriptive term used for many purposes, rather than a reference to an actual class of people who may have survived the centuries.
View Your Irish Surname Coat of Arms