Until quite recently it was a little know fact that the creator of perhaps the worlds most famous villain was an Irishman from Clontarf in Dublin.

Bram Stoker was born in 1847 to Dubliner Abraham Stoker and Donegal native Charlotte Mathilda Blake Thornley. The third of seven children the young Bram Stoker was bed-ridden for much of his first seven years, a period that gave him much opportunity for reflection and creative thought: 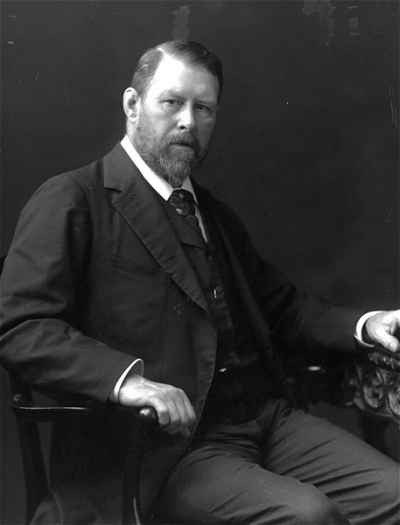 'I was naturally thoughtful, and the leisure of long illness gave opportunity for many thoughts which were fruitful according to their kind in later years.'

He recovered from his ill-health and went on to excel as an athlete at Trinity College from where he graduated with honours in the field of Mathematics in the year 1870. As president of the University Philosophical Society his first paper was on 'Sensationalism in Fiction and Society'. He became the Theatre critic for the Dublin newspaper 'The Evening Mail', which was co-owned by the author of many Gothic tales, Joseph Sheridan Le Fanu, and who was the leading ghost-story writer of the nineteenth century.

In 1878 he married Dubliner Florence Balcombe who had previously been courted by Oscar Wilde. Stoker knew Oscar Wilde from his College days and even visited Wilde on the continent after his exile. The family moved to London where Stoker became manager of the Lyceum Theatre, a position he held for 27 years. The Theatre was most associated with Henry Irving who was a famed actor of the classical variety. Stoker was very active in the literary and artistic community in London at the time, meeting with the likes of Sir Arthur Conan Doyle, to whom he was distantly related. But it was to Irving that Stoker was devoted and it is thought that it is upon this man that he based his most famous literary creation - that of Count Dracula.

Stoker travelled the world with the now internationally famous acting company and even attended the White House with Irving, meeting Presidents William McKinley and Theodore Roosevelt, such was his employers fame.

His experience as a newspaper writer stood him in good stead when he began his work on Dracula. Stoker was already a published writer when he began researching ancient stories about vampires. The style of the book is very much in keeping with his previous experience as a news reporter with diary entries, newspaper clippings and telegrams all adding to a sense of realism. The fact that there were so many contributors within the story added to the sense of reality. Stoker is also said to have been inspired in part by a visit to St. Michan's Church in Dublin, the vaults of which contain many mummified remains. 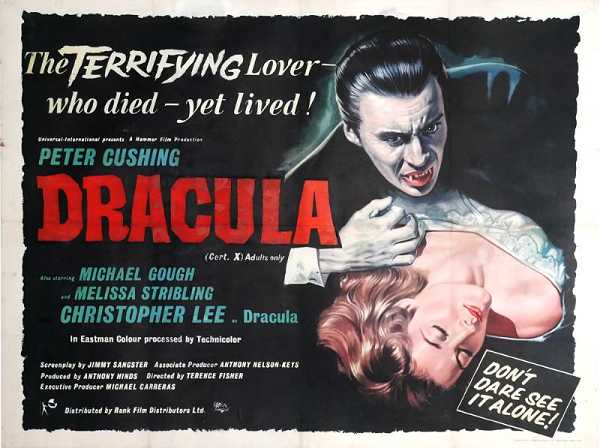 It was thought that the original 541 page Dracula manuscript from 1897 was lost forever but like the subject of the novel it too had to make an epic journey. From Transylvania to Pennsylvania, the US State that is home to many a desperado in hideaways like Allenport, Seneca and Doylestown, the manuscript remained hidden for decades before being amazingly uncovered in a barn there in the early 1980's. The original title of the novel 'The Un-Dead' was clearly marked on it. It was later bought by the co-founder of Microsoft, Paul Allen.

Bram Stoker died in London in 1912. While well regarded as a ghost-writer in the Victorian age it was not until the first cinematic production of a vampire in 1922 that his legacy was set forever. Stoker's widow actually sued the German film-makers who produced Nosferatu, the first vampire movie with 'Count Orlock' being substituted for 'Count Dracula' in an attempt to breach the copyright. She won the case in 1925. 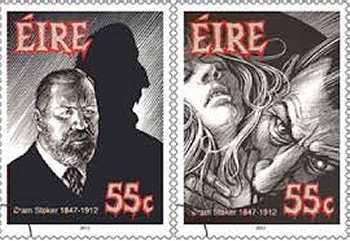 The first authorized version of the story was released in 1931 with Bella Lugois as Count Dracula. Newspapers reported that members of the audiences fainted in shock at the horror on screen! The film became a box office sensation and is regarded as the first full length horror movie. It is estimated that there have been at least 200 movies featuring Dracula while a vampire subculture has blossomed among young people in particular, fuelled by countless television and silver screen productions.

It is only in recent years that a fuller appreciation of the work and impact of Bram Stoker has occurred in Ireland and beyond.