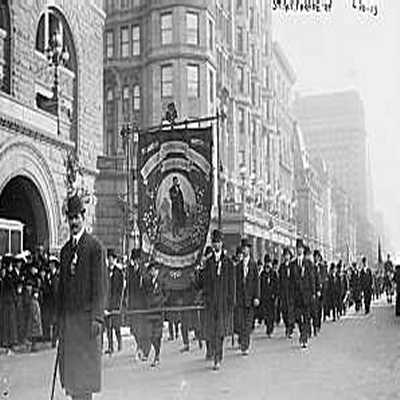 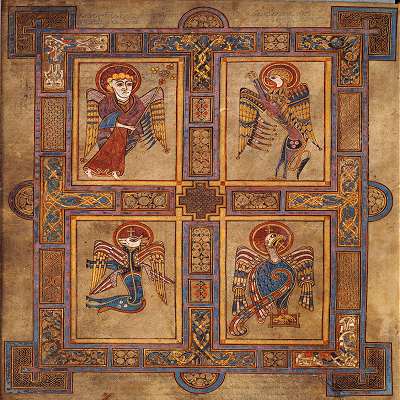 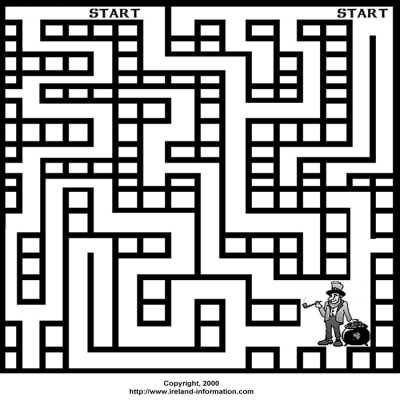 The Patron Saint of Ireland was born into either a Scottish or English family in the fourth century. He was captured as a teenager by Niall of the Nine Hostages who was to become a King of all Ireland.

He was sold into slavery in Ireland and put to work as a shepherd. He worked in terrible conditions for six years drawing comfort in the Christian faith that so many of his people had abandoned under Roman rule.

Patrick had a dream that encouraged him to flee his captivity and to head South where a ship was to be waiting for him. He travelled over 200 miles from his Northern captivity to Wexford town where, sure enough, a ship was waiting to enable his escape.

Upon arrival in England he was captured by brigands and returned to slavery. He escaped after two months and spent the next seven years travelling Europe seeking his destiny.

During this time he furthered his education and studied Christianity in the Lerin Monastery in France. He returned to England as a priest. Again a dream greatly influenced him when he became convinced that the Irish people were calling out to him to return to the land of his servitude.

He went to the Monastery in Auxerre where it was decided that a mission should be sent to Ireland. Patrick was not selected for this task to his great disappointment. The monk that was selected was called Paladius, but he died before he could reach Ireland and a second mission was decided upon.

Patrick was made a Bishop by Pope Celestine in the year 432 and, together with a small band of followers, travelled to Ireland to commence the conversion.

Patrick confronted the most powerful man in Ireland Laoghaire, The High King of Tara as he knew that if he could gain his support that he would be safe to spread the word throughout Ireland. To get his attention Patrick and his followers lit a huge fire to mark the commencement of Spring. Tradition had it that no fire was to be lit until the Kings fire was complete, but Patrick defied this rule and courted the confrontation with the King.

The King rushed into action and travelled with the intention of making war on the holy delegation. Patrick calmed the King and with quiet composure impressed the King that he had no other intention than that of spreading the word of the Gospel. The King accepted the missionary, much to the dismay of the Druids who feared for their own power and position in the face of this new threat. They commanded that he make snow fall. Patrick declined to do so stating that this was Gods work. Immediately it began to snow, only stopping when Patrick blessed himself.

Still trying to convince the King of his religion Patrick grasped at some Shamrock growing on the ground. He explained that there was but one stem on the plant, but three branches of the leaf, representing the Blessed Trinity. The King was impressed with his sincerity and granted him permission to spread the word of his faith, although he did not convert to Christianity himself.

Patrick and his followers were free to spread their faith throughout Ireland and did so to great effect. He drove paganism (symbolised by the snake) from the lands of Eireann.

Patrick was tempted by the Devil whilst on a pilgrimage at Croagh Patrick. For his refusal to be tempted, God rewarded him with a wish. Patrick asked that the Irish be spared the horror of Judgement Day and that he himself be allowed to judge his flock. Thus, the legend that Ireland will disappear under a sea of water seven years before the final judgement, was born.

Patrick died on March 17th in the year 461 at the age of 76. It is not known for sure where his remains were laid although Downpatrick in County Down in the North of Ireland is thought to be his final resting place.

His influence is still felt to this day as Nations the world over commemorate him on March 17th of every year.